What’s that bug? How to identify any plant or animal with your smartphone

So far, Bumble Bee Watch, which now also has mobile apps for iPhone and Android, has received 40,000 observations with photos from 8,300 users across North America. They include some recent records from Minnesota of the endangered rusty-patched bumblebee, which hasn’t been spotted in Canada since 2009. 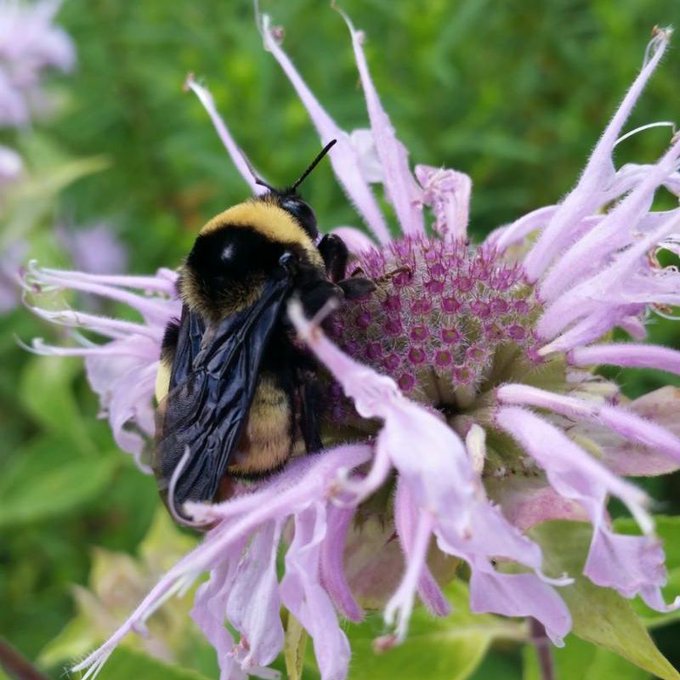 That data has also shown that the American bumblebee, once common in southern Ontario, could soon become extinct in Canada.

Victoria MacPhail, a PhD student who works with Colla, said knowing what kind of habitat rare species need and where they nest — information that citizen scientists help provide — is crucial for their conservation, so those areas can be protected.

Data from Bumble Bee Watch was recently used to plan a new pollinator park in Guelph, Ont., MacPhail said. Two bumblebee species that rely on grassland habitat were found there, so grassland was planted in the park instead of trees.

A way to connect

That’s what motivates Ann Puddicombe of Dryden in northern Ontario, who photographs bumble bees daily for Bumble Bee Watch. The 51-year-old retired lifeguard, who now works as a part-time handmade paper artist, has no formal science training, but is one of the top three contributors to Bumble Bee Watch in Canada.

“For me, the big part is I know this data is being directly used,” she said.

Puddicombe was always interested in bees, but her interest was revived by finding a bumble bee nest in her camper about six years ago. She wanted to know what kind they were.

That prompted her to become more active on iNaturalist, which she had dabbled on before, and discovered that they were called perplexing bumble bees.

She also found the app was a nice way to connect with her father, a retired photographer who lives in Newfoundland and has self-published a book about the province’s insects.

Her special interest in bees led her to stumble upon Bumble Bee Watch.

Colla said volunteers like Puddicombe are particularly valuable because there aren’t any professional bee scientists where she lives: “She’s filling a major data gap.”